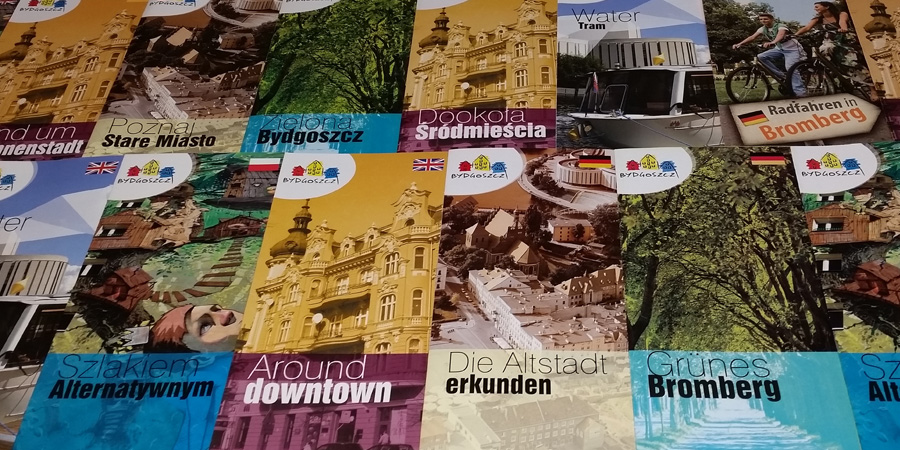 Download our leaflets with recommended sightseeing routes in Bydgoszcz.

In Bydgoszcz, the first gardens were established in monasteries and suburbs, where they were owned by affluent townsmen. (More: Green Bydgoszcz) 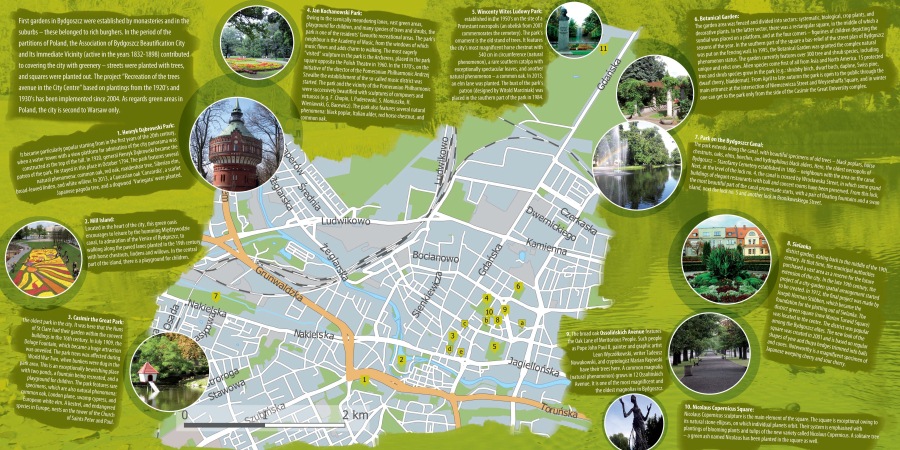 Around the city centre - Bydgoszcz (pdf)

Time: about 3 hours
Throughout the 19th century Bydgoszcz experienced an economic growth, which resulted in a transformation of its architectural landscape. The year 1851 turned out to be a crucial year, when the first railway and the local railway station were opened. The city’s area and population expanded. (More: Around the City Centre) 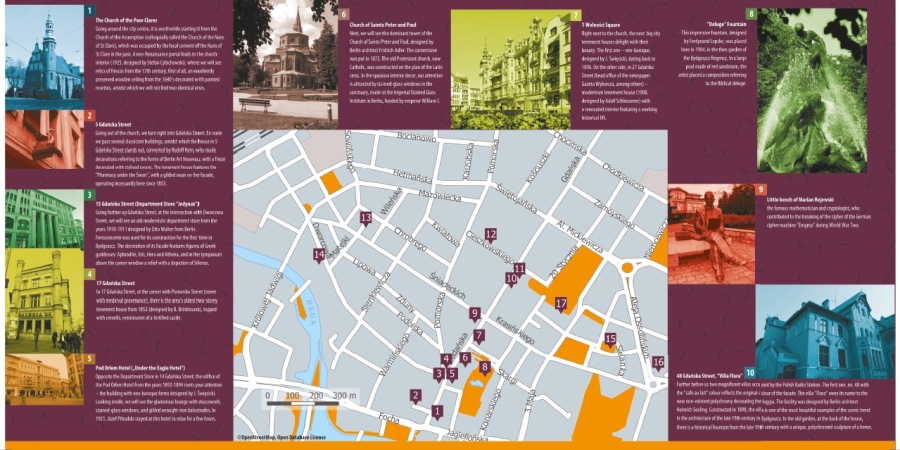 Time: about 2 hours
We start sightseeing of the Old Town in the Old Market Square in front of the Bydgoszcz Land Fight and Martyrdom Monument (1) placed here in 1969 (designed by Franciszek Masiak). The monument commemorates the casualties of the Nazi terror, especially the residents of Bydgoszcz who were executed in this place by firing squad on the first days of the Second World War. (More: Explore the old town) 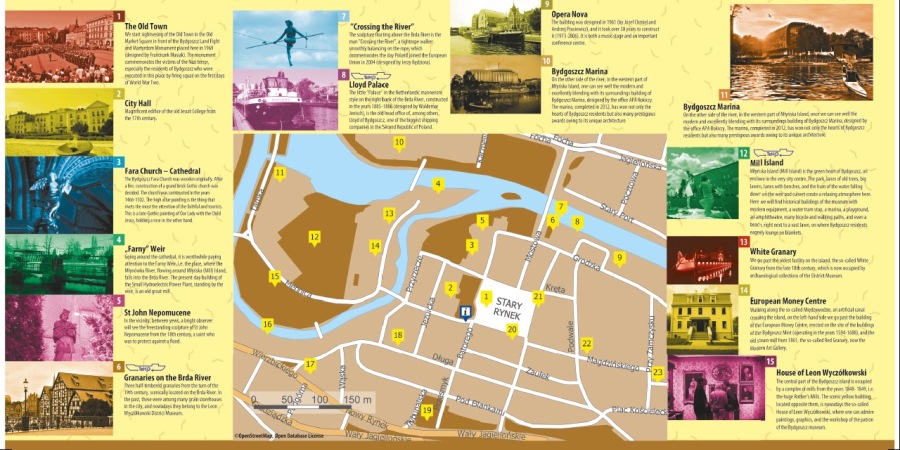 4. By bicycle through Bydgoszcz

We start our tour in the Old Market Square, at the Bydgoszcz Information Centre, where we can hire a bicycle. We head to the Mill Island by Niedźwiedzia Street. (More: By bicycle through Bydgoszcz) 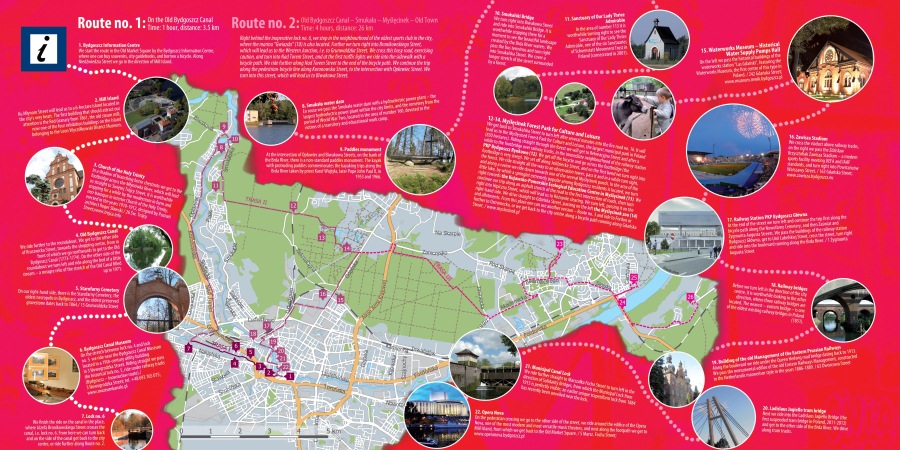 Take a walk with on our "Alternative Route" among Bydgoszcz works of streetart and institutions associated with the alternative art. 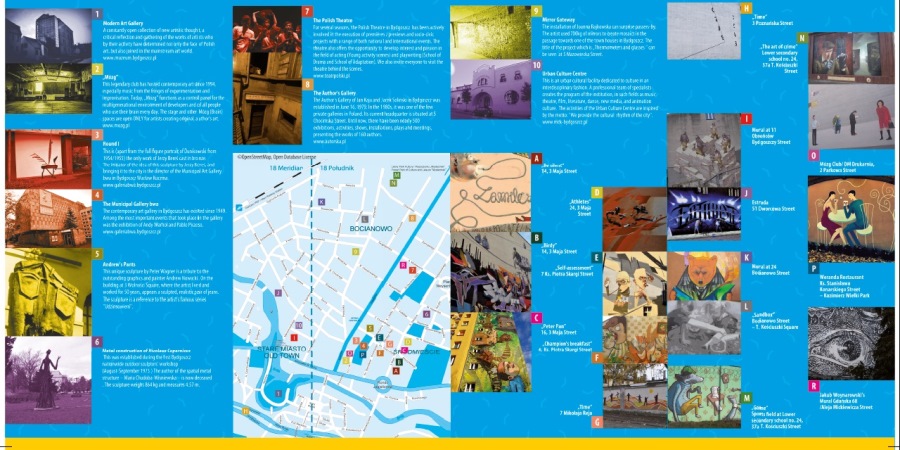 6. The trial of the historic water engineering facilities

The E-70 water route will take you from Berlin to Bydgoszcz. Here, the water tourist will have an outstanding opportunity to appreciate the scenic views of the city located on the River Brda, the River Vistula and the Bydgoszcz Canal making up the Bydgoszcz Water Route Junction. (More: here) 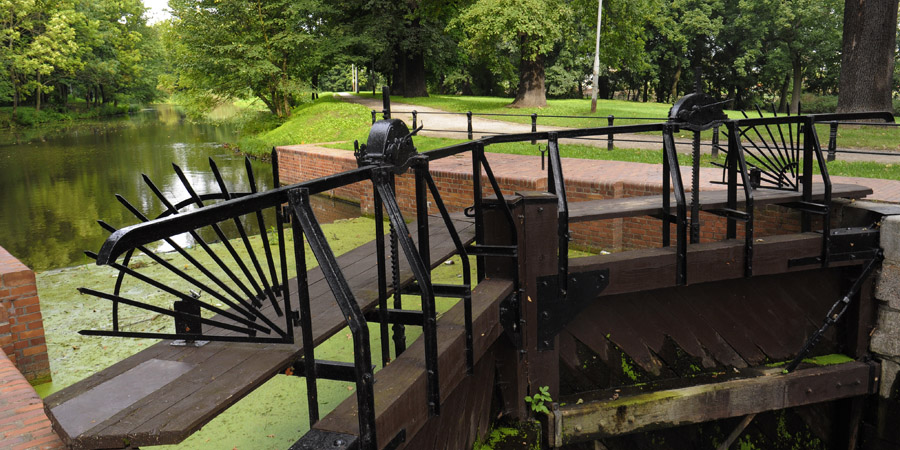