The Legend of Węgliszek the Imp 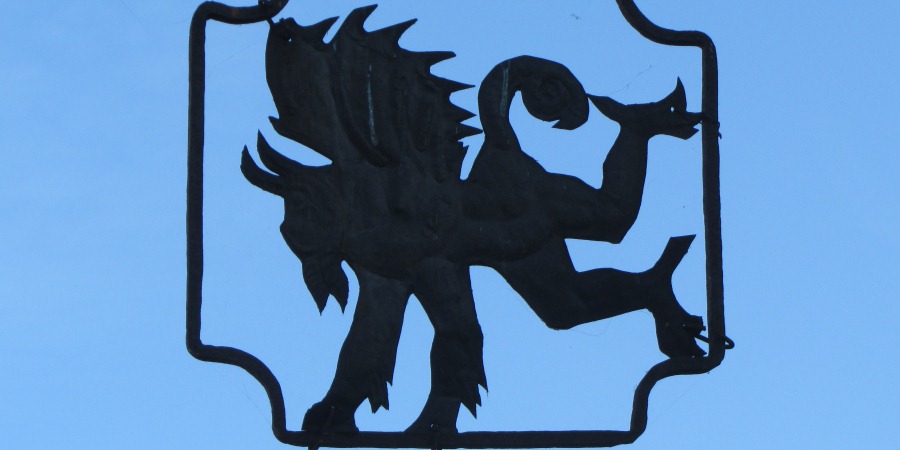 Węgliszek came to Bydgoszcz together with Master Twardowski. He and his comrade Smołka were Master’s servants.

As Węgliszek was very clever and hard-working it was him that would bring the majority of clients to his Master. When Twardowski left Bydgoszcz, Węgliszek stayed in the city. He had made a promise he would hunt for souls, fill young women with passion, and turn the old ones into witches. Each Saturday, on nearby Łysa Góra he would meet with the witches and often… lead some astray. On a few occasions, he even managed to marry a witch! One day, in 1630, he inveigled Apolonia Strychalska and her daughter Agnieszka. Believe it or not, but they did whatever he told them to do – stop going to church, poison the water in the city, make people and cattle suffer from various illnesses. One simple torture, however, was enough for the women to confess to being Węgliszek’s friends. They said he had given them a figurine that looked just like him. Apolonia and Agnieszka always had it with them as within it lied dark forces that took possession of them.  One day, Agnieszka dropped the figurine, freeing the evil it contained once and for all. Enraged Węgliszek beat both women up terribly. Soon afterwards, they were captured by the authorities as the powers that used to protect them were no longer present. They were accused of witchcraft and sacrilege, and burnt at the stake.
As the years went by, Węgliszek grew tired of soul-hunting and reuinited with his old friend Smołka once more. Never again did they go hunting for souls, but instead they decided to play tricks on Bydgoszcz citizens. In his old age, Węgliszek moved into the gatehouse of the Carmalite Monastery. Over time, he would get more and more docile, until the day he became a home fiend.

-->> The Legend of Master Twardowski