In 2004, the Bydgoszcz Fara Church was raised to the rank of Cathedral of the Diocese of Bydgoszcz by the decree of Holy Father John Paul II. However, for many centuries and for dozens of generations of Bydgoszcz residents, it had been the only and most prominent municipal church. 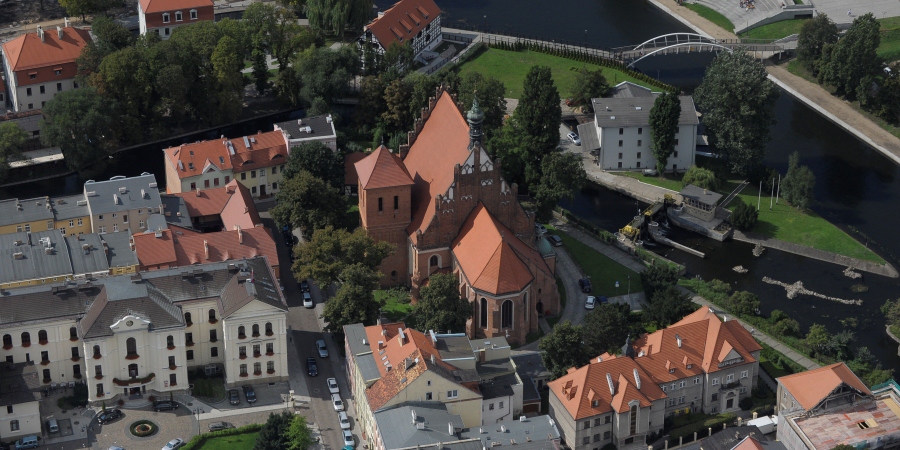 Before it was built, there had been two places of worship, namely the Church of St. Giles and the castle chapel. When they were erected, Bydgoszcz was not a city. In 1346, just after the city was founded, work started on the construction of a municipal church in the proximity of the Market Square and City Hall, in line with medieval traditions. Initially, the Bydgoszcz Fara Church was a wooden structure. After it was consumed by fire, the decision was made to build a stately, Gothic brick church. Construction continued between 1466 and 1502. Saints Nicholas and Martin were chosen as its patrons. As patron saints of trade and many crafts, they were best suited for the commercial aspirations of the city.

This Gothic hall church built from brick features a nave and two side aisles. It has the chancel closed from three sides and a square tower to the south. A two-storey arcaded porch adjoins the church from the west. The main entrance to the church features Renaissance oak doors, adorned with coats of arms and initials of guilds and Bydgoszcz townsmen. Its interior charms with the unique abundance of colours, something which is rarely seen in the region of northern Poland. Polychromes date from 1922-1925 and were made by Henryk Nostitz-Jackowski. However, the most important masterpiece in the Cathedral, which is also an object of worship, is the Madonna with the Rose. The painting from the high altar is the centrepiece of the church, attracting the attention of the faithful and tourists. It is a late-Gothic painting of the Madonna and Child, holding a little rose in the other hand. 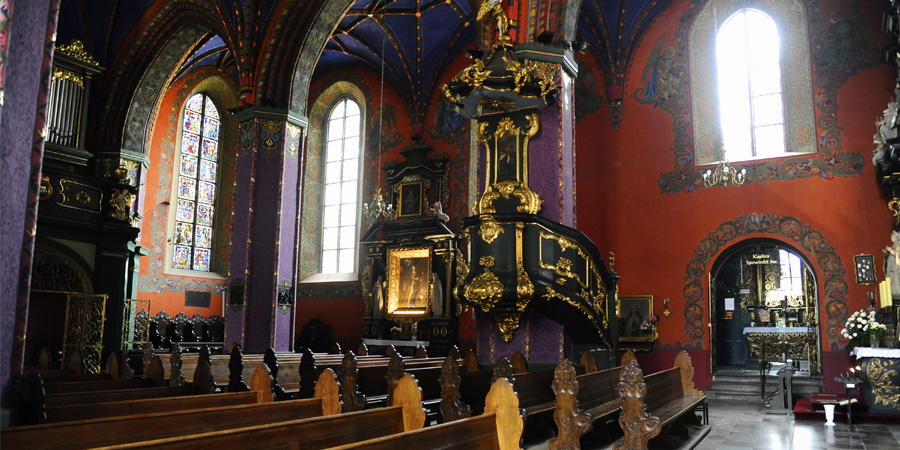 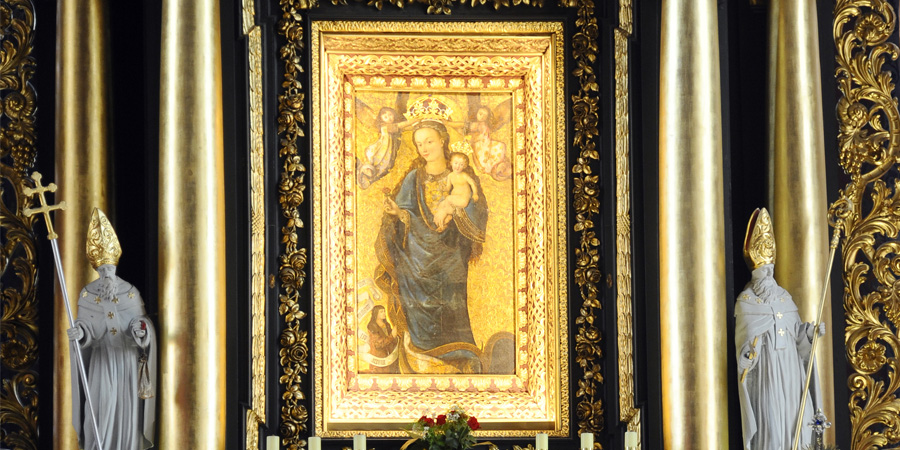 Did you know that... ?
In the downspout, there is a little crowned eagle embossed in sheet metal. As the only in Bydgoszcz, it had survived the occupation period unnoticed by the Germans, when all symbols related to the Polish State were destroyed. It attracted Bydgoszcz residents, particularly young people, who came here in secret to pay tribute to the coat of arms of Poland.