The biking trail that runs from Bydgoszcz to Koronowo is one of the most popular routes within the Bydgoszcz urban area. It’s not surprising when we consider its attractiveness and accessibility, even for beginners.

The trail is a roadside cycling facility separated for cyclists, mainly asphalt, partly built over an old narrow-gauge railway track. In several places, we will find rest stops with benches and tables under a canopy of trees. A rewarding experience for those who reach Koronowo is an exciting trip across a narrow bridge over the River Brda. 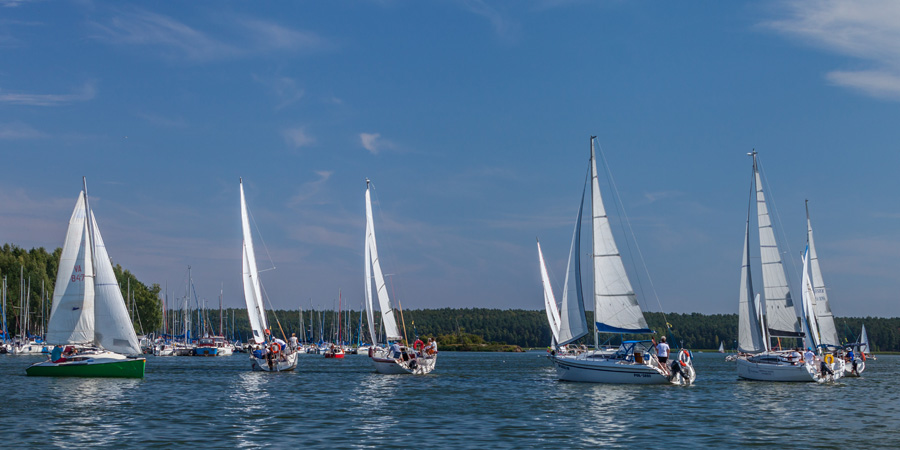 The entire trail is about 25 km long. It takes between an hour and an hour and a half for a one-way trip. After arriving at Koronowo we can continue our trip to beaches by the lake in Pieczyska, Samociążek or Lake Koronowskie, or go further on to the Tuchola Forest.

We start our trip in the park on the Old Bydgoszcz Canal in the area of the Grunwaldzkie roundabout. We continue alongside the bank and turn right into Bronikowskiego Street. After reaching Grunwaldzka Street, we turn to the left. We pass the junction and arrive to the biking trail on the right side of Koronowska Street. We take the path straight to the north. The trail, which is initially an asphalt lane, becomes a gravel path after crossing Opławiec Street. It marks the beginning of the most challenging section of the trail. After a short while it becomes an undulating path as it winds its way through trees. Tryszczyn can be reached by riding in parallel to the busy main road No 25 (DK25). 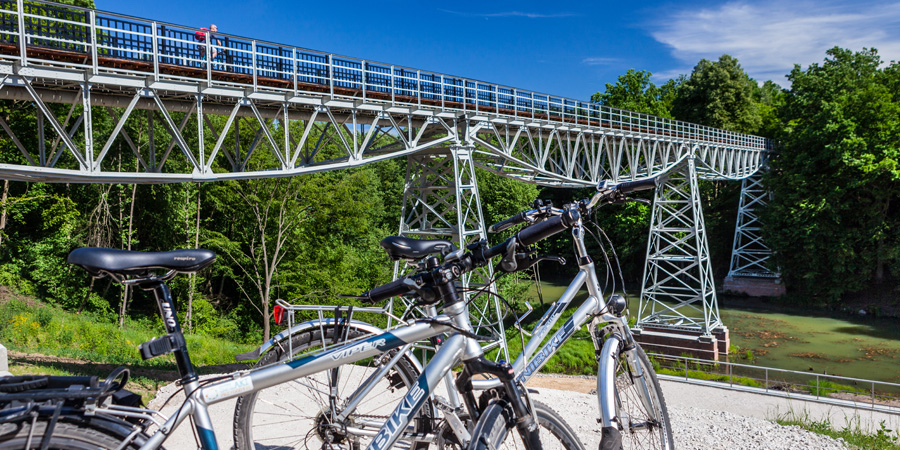 En route we can visit places with ties to Leon Wyczółkowski, an outstanding painter of the period known as Young Poland, who spent the last years of his life in this area. In Gościeradz there is a manor house, in which the artist resided (now, a private property). In the church cemetery of Wtelno, there is his tombstone.

You may also like -->> Road trip Lower Vistula Valley

In the area of Wtelno, the trail runs briefly between farm fields, towards orchards, and then returns to the road DK25. When we pass Gościeradz, the trail again leaves the busy road and runs straight to Koronowo. It is the most interesting part of the trail. We take a separated bike lane to a bridge over the River Brda. After crossing the river we enter the town. The route ends close to the town centre, to which we head by turning left into Pomianowskiego Street.

You may also like -->> Road trip to Paluki region 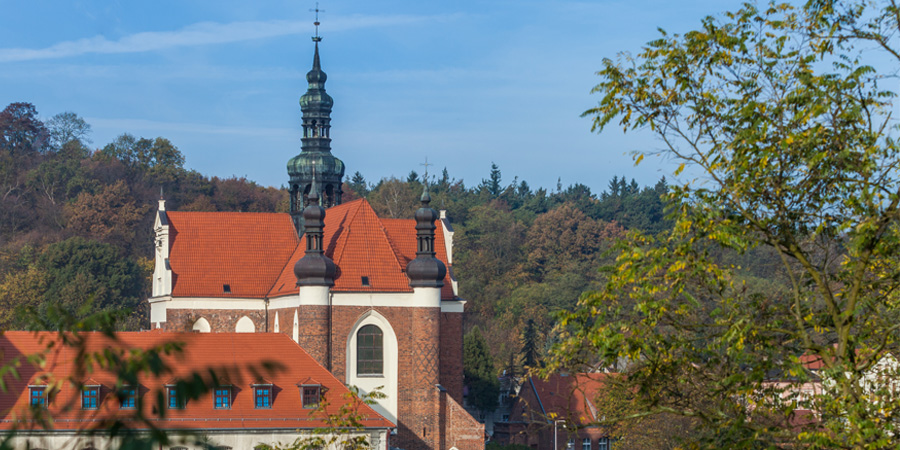 Koronowo is a small town situated picturesquely on a bend in the valley of the River Brda. This old town has preserved its medieval urban layout. Its most valuable historic landmarks include a former Cistercian complex with a Basilica dating from the 12th-14th centuries and the Affiliate Church of St Andrew built in the late 14th century. The town also has a Jewish cemetery and the building of an old synagogue. There is also an interesting “Grabina” Park located on a slope of the valley, located west of the town centre. It is criss-crossed by steep paths and features several viewpoints. There is also the “Devil’s Mill” dating from the late 19th century in the surrounding area.

The easiest way to return to Bydgoszcz is to follow the same route. If you decide to go back through Samociążek we recommend bypassing the busy stretch of the route to Bożenkowo by going along forest roads. Alternatively, you can go to Wudzyn railway station (12 km via Stary Jasiniec) and return by train.