The Pomeranian Philharmonic that was established on 1 January 1953 is a true pride of the inhabitants of Bydgoszcz. It is not only a place of music, but culture in its wider meaning. 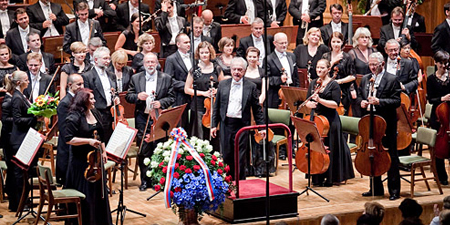 Both inside and outside the stately edifice of the Philharmonic we can admire numerous busts of composers, in the interiors there is a splendid collection of tapestries ordered by Andrzej Szwalbe from outstanding Polish artists, there also used to be a collection of 19th century pianos, but it has been moved to the Palace in Ostromecko. The Pomeranian Philharmonic is a place that hosts some of the oldest music festivals in Poland. One of them is the Bydgoszcz Music Festival that has been held since 1963.