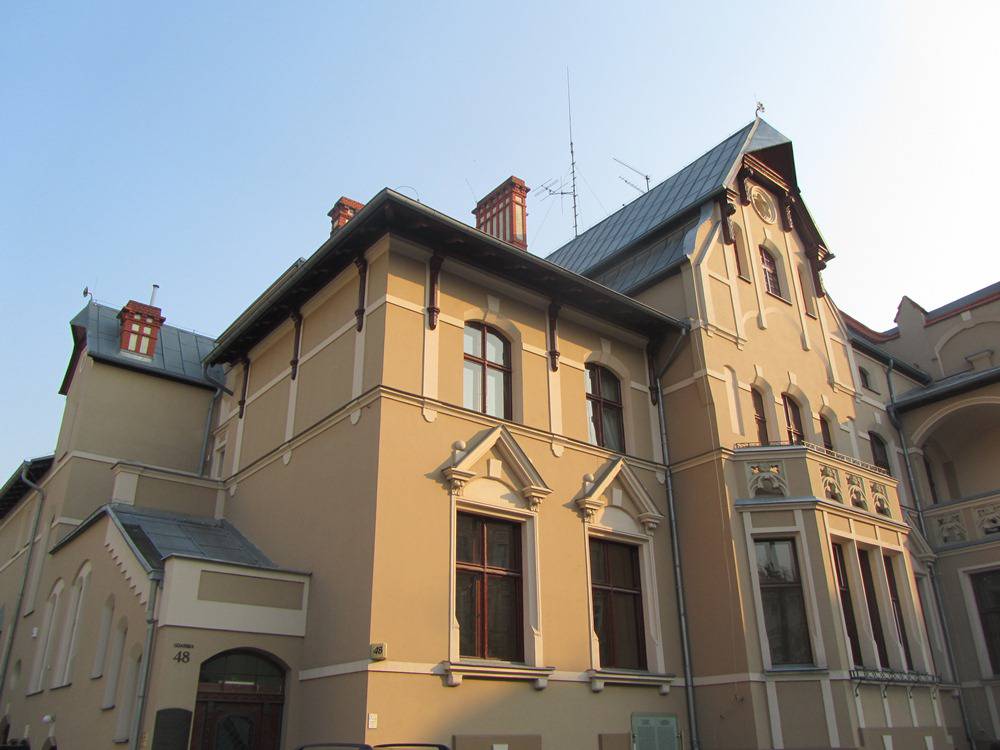 The villa “Flora” owes its name to the now non-existent polychromes decorating the loggia. The facility was designed by Berlin architect Heinrich Seeling. Built in 1898, the villa is one of the most beautiful examples of the scenic trend in the architecture of the late 19th century in Bydgoszcz. Its interiors feature relics of rich décor: grand woodwork, wood panelling, and a ceiling with gilded ornamentation, made using the papiermâché technique. In the old garden, at the back of the house, is a historical fountain from the late 19th century with a unique, polychromed sculpture of a heron. Ernst Heinrich Dietz (1840-1901), city councillor and co-founder of an inland navigation company (later Lloyd of Bydgoszcz), enjoyed this residence for a short time. However, it remained in the hands of his inheritors until the outbreak of the Second World War. Later, it was used by the PPR Polish Workers’ Party, and since 1951 it has been occupied by the local radio.