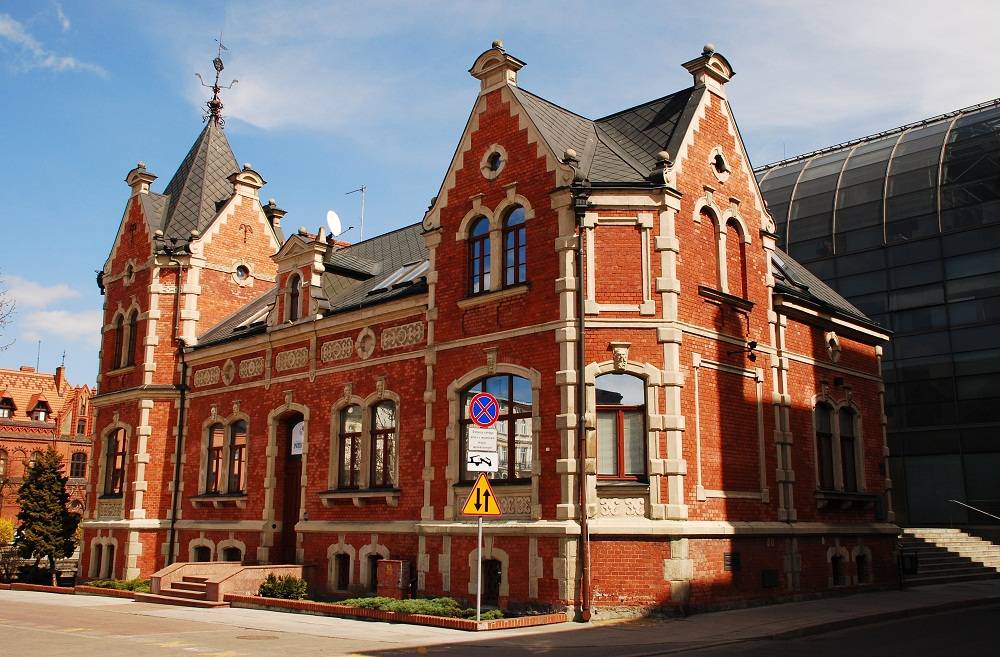 Fish Market - it has been here since the Middle Ages boats nailed, later barges and steamers, bringing goods to warehouses and sales at nearby markets. For several hundred years, Bydgoszcz and nearby merchants looked here for fresh and salted fish. The most valued rarities were crayfish, which were immersed in Brda's clean water on a daily basis. From the beginning of the 20th century, fish trade moved to the market hall, but for several dozen years you could meet ladies in long dresses praising herring from their barrel.
On the right bank of the Brda, a small Mannerist building is hugged to the Fish Market. This is Lloyd's Palace, the only remnant of the complex created in 1885-1886 by captain Otto Liedtke. The owner allocated a beautiful tenement house for his own apartment and used it until 1908, when the place passed into the hands of the Bydgoszcz Inland Navigation Association. After World War I, the palace still served its function, but already as the seat of Lloyd Bydgoski, one of the largest shipping companies in Poland in the interwar period. After another war, Bydgoszcz Shipping became the owner.