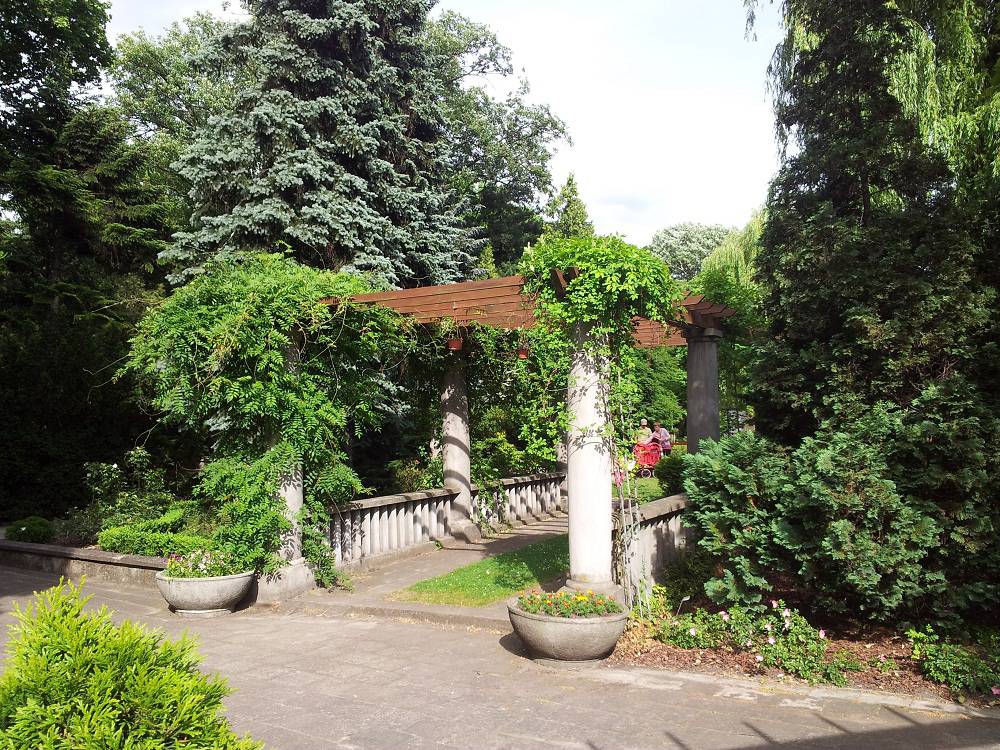 Botanical Garden (7), which was opened in 1930 and designed by Marian Güntzel, director of the Municipal Gardens. The garden was surrounded with fence and divided into the following departments: systematic, biological, crop plants, and ornamental plants. The latter featured a rectangular square, in the middle of which was a sundial mounted on a raised platform, with small statues of girls in the corners, depicting the seasons. A bas-relief map of Bydgoszcz could be seen in the southern part of the square, on the fence wall. In 1995, the Botanical Garden was designated as a national natural landmark. It was handed over to the Kazimierz Wielki University in 1999. These days, the garden has more than 300 specimens of trees and shrubs, featuring unique and relict varieties. Foreign species originate primarily from Asia and North America, but there are also trees and shrubs from the Mediterranean regions, including North Africa. Half of the plantings come from Europe. The garden has fifteen varieties of trees and shrubs that are under protection (including shrubby birch, dwarf birch, mezereon, Swiss stone pine, European dwarf cherry, and European bladdernut). Between April and late autumn, the Park is open to the public through its main entrance at the corner of Niemcewicza Street and Weysenhoffa Street. In winter, the park can be accessed only from the Kazimierz Wielki University.