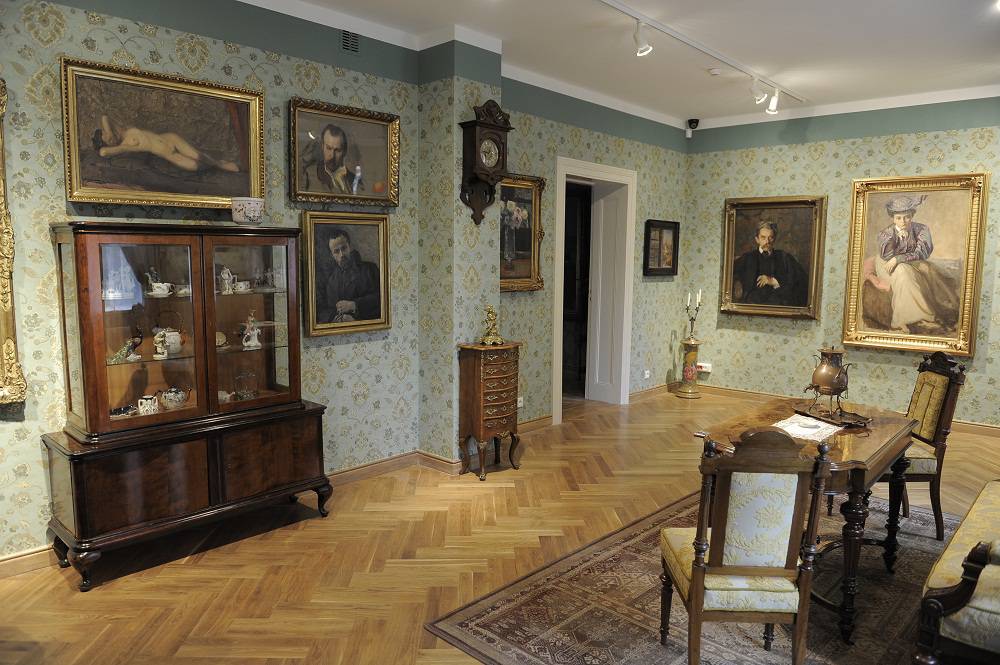 The building was constructed in 1899-1902 as a residence for members of the management of the Rother’s Mills; the accompanying utility buildings had been built until 1908. It is an example of Neoromanticism, typical of the turn of the 20th century. After World War II, it was taken over by the State Treasury and leased to the State Grain Works, preserving its residential function. Starting from 1975, it had been leased and in 1994, it became the property of the Leon Wyczółkowski District Museum in Bydgoszcz. It housed the Departments of Numismatics, Graphic Art and Inventory as well as photography and preservation workshops. There was an art workshop in the adjacent building. Today, it shows the permanent exhibition of artworks made by Leon Wyczółkowski.