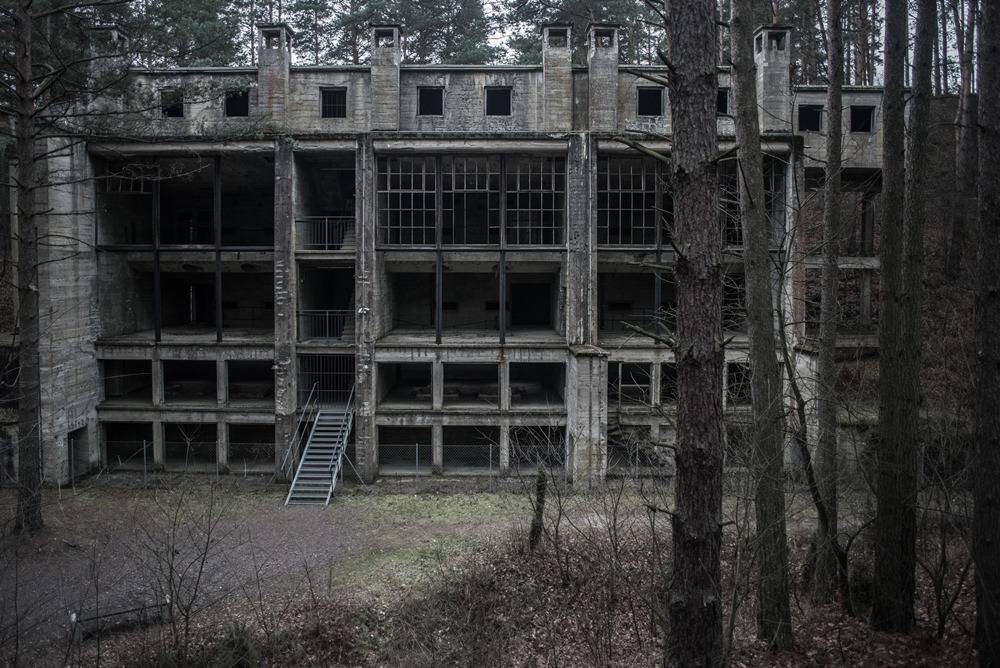 The spatial character of the establishment resulted from aspiration to minimalise the explosion risk and effects. Several parts of the production process was divided into two separated small buildings. Technological links relied on underground tunnels. This was an example of production line. All of the buildings were situated on a different relief. Germans avoided build-up areas but the way out in every building was on different site. It was to prevent the chain reactions of destroying in case of explosion. Production consisted of two twin production lines to forfend the production in case of outages and other accidents like sabotage or warfare. Production buildings and warehouses were built in frame structures which contained reinforced concrete pillars covered by flat roof. Buildings, in case of explosion, had blowout walls – made from wood and glass to receive the shock wave in case of fire. Staff was able to use refracted escape tunnels ended by safety shelters. All roofs were covered by few centimeters of soil with conifer, bushes and other plants. Facades of the buildings and even roads and tracks were painted green or khaki.

From November 2021 until the end of March 2022 Exploseum will only by open on Fridays, Saturdays and Sundays between 10 am and 3 pm