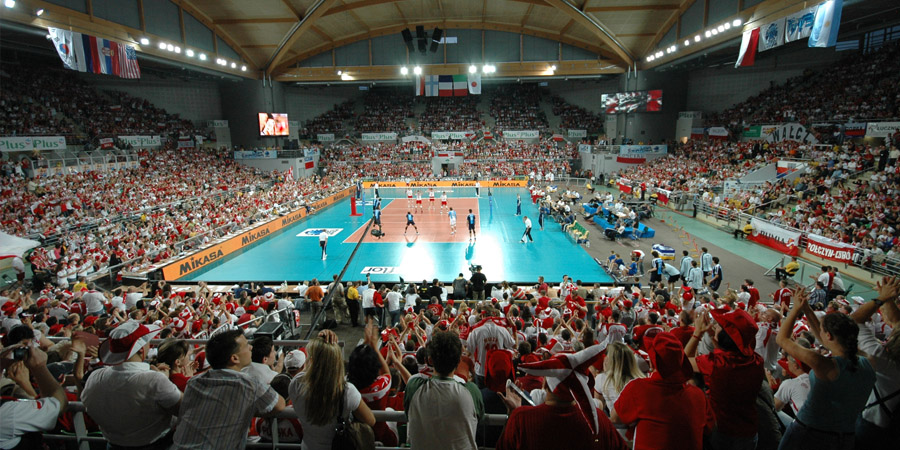 We would like to bring your attention to this year’s volleyball tournament that will commence on September 3, 2014 and will end on September 21, 2014. Apart from Bydgoszcz, the cities that will play host to world’s best teams are: Katowice, Łódź, Wrocław, Gdańsk, and Kraków.

Many years of excellent management of large volleyball events in Bydgoszcz has led to Bydgoszcz becoming a prestigious centre of world-wide known sporting events. Our city has hosted World League in years 2003, 2004, 2005, 2007, 2008, 2009, 2013), World Grand Prix 2016 and 2011, and Women’s World Championship in 2009. It is also worth noting that Bydgoszcz can boast two top-league volleyball clubs – Transfer Bydgoszcz and Pałac Bydgoszcz.

Next to ”Łuczniczka” Sports Hall, a new one has been built, whose purpose is to provide a proper warm-up facility during the Championship. It was oficially called “Hala Artego Arena” and joined with its predecessor, which will be the venue for this year’s Championship, with an underground link.