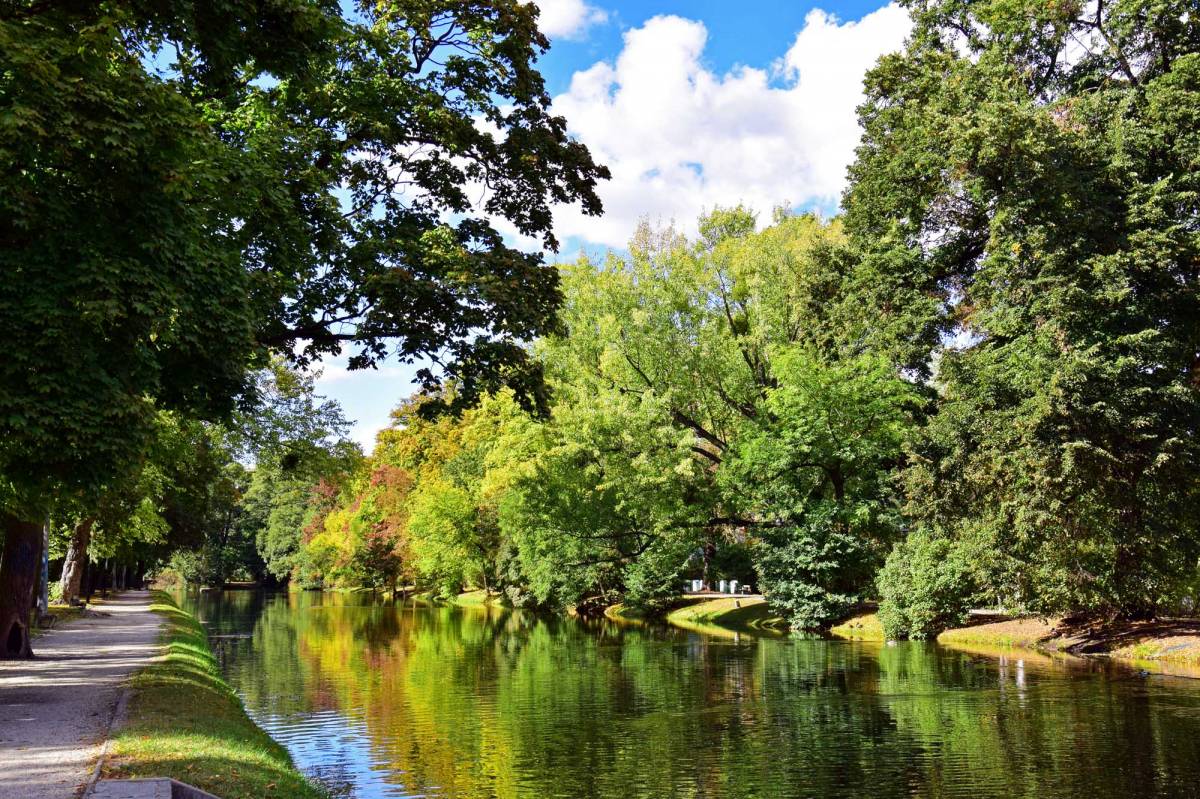 This is a monumental, hydrotechnical project begun in the days of the Kingdom of Poland, prepared in detail and implemented right after the first partition of Poland, in the years 1773-1774, during the reign of Frederick II, the ruler of Prussia. The 26.77-km-long Bydgoszcz Canal was constructed within 18 months by nearly 10,000 workers, at a cost of nearly 2,000 lives. It connected the cities of Bydgoszcz and Nakło nad Notecią, but most importantly the basins of the Vistula and Odra rivers, i.e. their tributaries. It was in such a way that the inland waterway, planned since the 16th century and very important economically, was constructed. It became competitive with the sea route via Gdańsk. and since its opening, the canal was systematically modernized and repaired. It played a tangible role in water transport, among others the majority of timber from Russia and the Congress Kingdom of Poland were floated along the canal to the German Empire. The canal facilitated development of trade and industry, especially timber, machine-building and furniture industries. At the turn of the 20th century, the canal was operated by almost 3,000 rafters working for the largest carrier - Lloyd of Bydgoszcz. Beginning in the 1840’s, the canal within the city limits and suburban areas had an influence on a flourishing social life, connected with restaurant and entertainment complexes established in its neighborhood. In the immediate vicinity of the Old Town, opposite the Opera Nova building, we begin a walk around the Park on the Old Canal. Here, on the northern side of the Solidarności [Solidarity] Bridges, in Karola Marcinkowskiego Street, we see the Municipal Lock (the current one from the years 1908- 1912) and building no. 2 the home of the Royal Inspection of the Water Works. Continuing to the west, we cross Marszałka Focha Street and via Grunwaldzkie Roundabout, constructed at the cost of a filled in canal bed, all the way to Nakielska Street. In the area of the classicist building at 25 Marszałka Focha Street (a residence of the Regency presidents in Bydgoszcz during the years 1836-1920), there was lock no. 2, and continuing further, opposite the present-day Group of Schools of Mechanical Engineering at 37 Świętej Trójcy Street, a stone bridge connecting the banks of the canal. Black poplars growing by the exit to the cinema echo the past of the filled up canal. A bit further, the Old Bydgoszcz Canal, closed for navigation, begins. The Planty Park with beautiful specimens of old trees – black poplars, horse chestnuts, oaks, elms, beeches, and hydrophilous black alders - extends along the canal. Here, the oldest necropolis of Bydgoszcz – Starofarny Cemetery established in 1806 – neighbors the area on the canal. Next, in the area of lock no. 4, the canal is crossed by Wrocławska Street, where grand buildings once home to elegant restaurants with ballrooms and concert halls have been preserved. Near this lock, the most beautiful part of the canal promenade begins, with a pair of floating fountains and a swan island, followed by lock no. 5 and another lock in Bronikowskiego Street. After this lock the navigable canal starts, which takes us to the River Noteć (E-70 waterway), or through the Czyżkówko Lock along the Brda River towards the Koronowo Reservoir, or in the opposite direction towards the River Vistula.