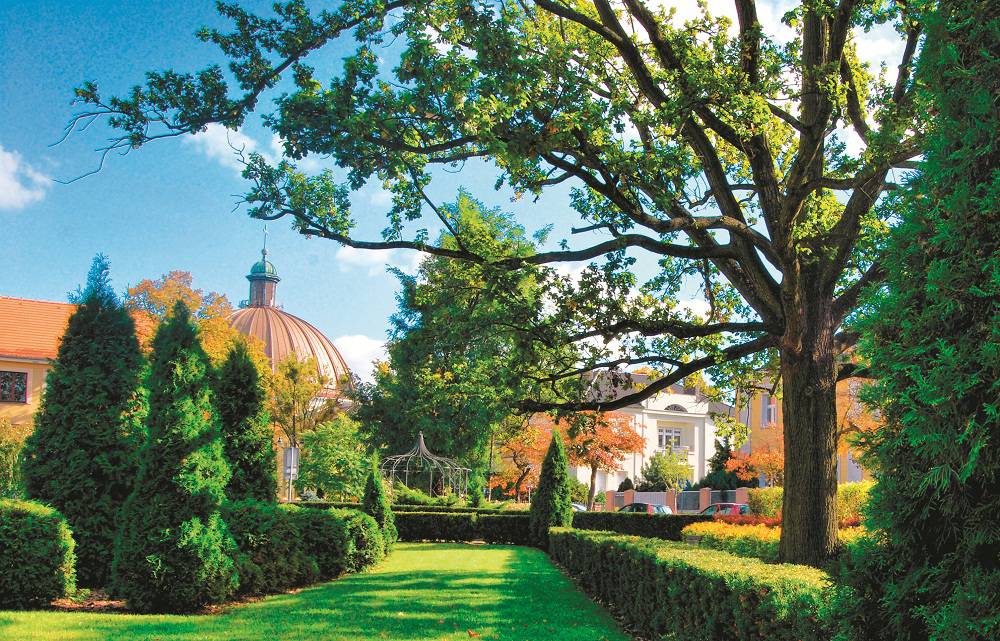 Sielanka district garden, dating back to the middle of the 19th century. At that time, the municipal authorities purchased a vast area as a reserve for the future extension of the city. In the late 19th century, the project of a city-garden spatial arrangement started to be created. In 1912, the final project was made by Joseph Herman Stübben, which became the foundation for the plotting out of Sielanka. The district green square (now Marian Turwid Square) was located in the centre. The district was popular among the Bydgoszcz elites. The new look of the square was created in 2001 and is based on regular shapes of yew and thuya hedges trimmed into balls and cones. Noteworthy is a magnificent specimen of Japanese weeping cherry and sour cherry.