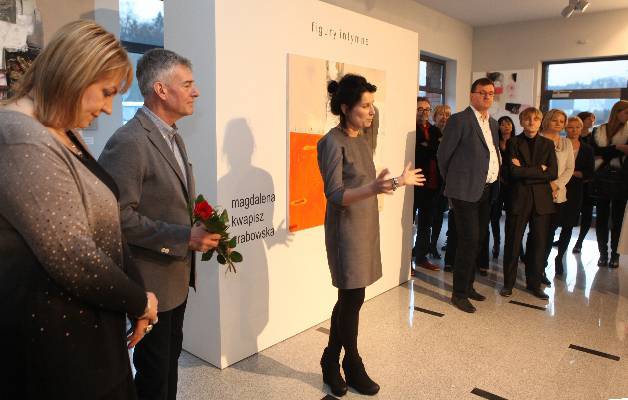 In 1964, the Museum received two granaries standing on Grodzka Street, under numbers 9 and 11. They had been part of the complex of five granaries, situated between Grodzka Street and the Brda River. The oldest and at the same time the smallest granary, under the number 7, dates from 1793. The remaining ones were constructed in the early 19th century. These half-timbered buildings can be distinguished by their wooden frame featuring fields filled with bricks. From the beginning, they had served as warehouses. In February 1960, a fire broke out, consuming two granaries adjacent to a market called Rybi Rynek (Fish Market), under the numbers 13 and 15. After the fire and necessary adaptation works, completed in 1964, two granaries with numbers 9 and 11, were handed over to the Museum. The third granary became the seat of the Regional Preservationist of Historic Sites and the Estrada Artistic Events Company. Due to the deteriorating condition of the granaries, the decision was made to thoroughly remodel the buildings, designating the entire complex for the needs of the Museum. Remodeling works started in 1993; consecutive buildings had been opened between  2004 and 2006. They house the Department of History, the Department of Graphic Art, the Department of Ethnography, and the Department of Music. Today, they show the permanent exhibitions Bydgoszcz Memorabilia, Bydgoszcz – Impressions of the City and temporary displays.