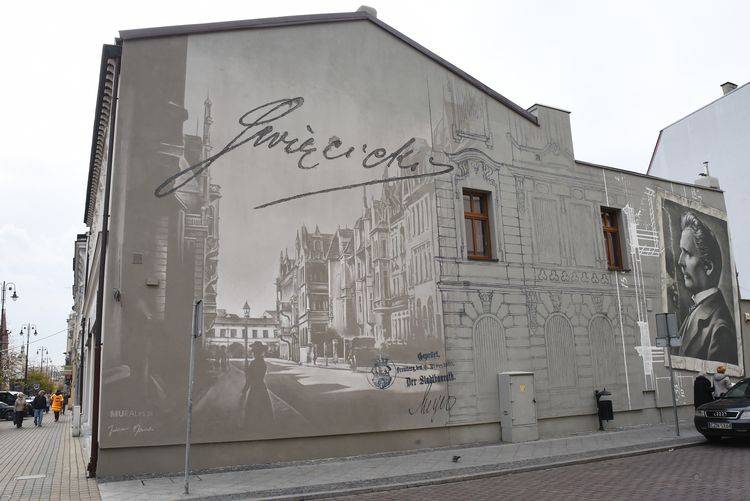 A historic mural by Julian Nowicki was created at the historic tenement house at the intersection of Gdańska and Cieszkowskiego streets. The painting presents the silhouette of Józef Święcicki, a builder who left many original tenement houses in Bydgoszcz. The author of the painting is Julian Nowicki, the creator of Marian Rejewski's mural on Street Gdanska or the angels at the Academy of Music on Street 20th January. The painting depicts Cieszkowskiego Street itself from the beginning of the 20th century and the figure of Józef Święcicki shown in the form of aged photography.

Under the photo are fragments of his designs, as well as the signature of an outstanding architect. The mural also has the seal of the then town hall, which was visible on all plans approved for construction at the beginning of the last century. An important element of the mural are two windows in the wall of the tenement house - the author of the painting took into account the existing architectural elements for the composition of the mural. Thanks to this, it was possible to create an additional illusion.