100th anniversary of the return of Bydgoszcz to Poland 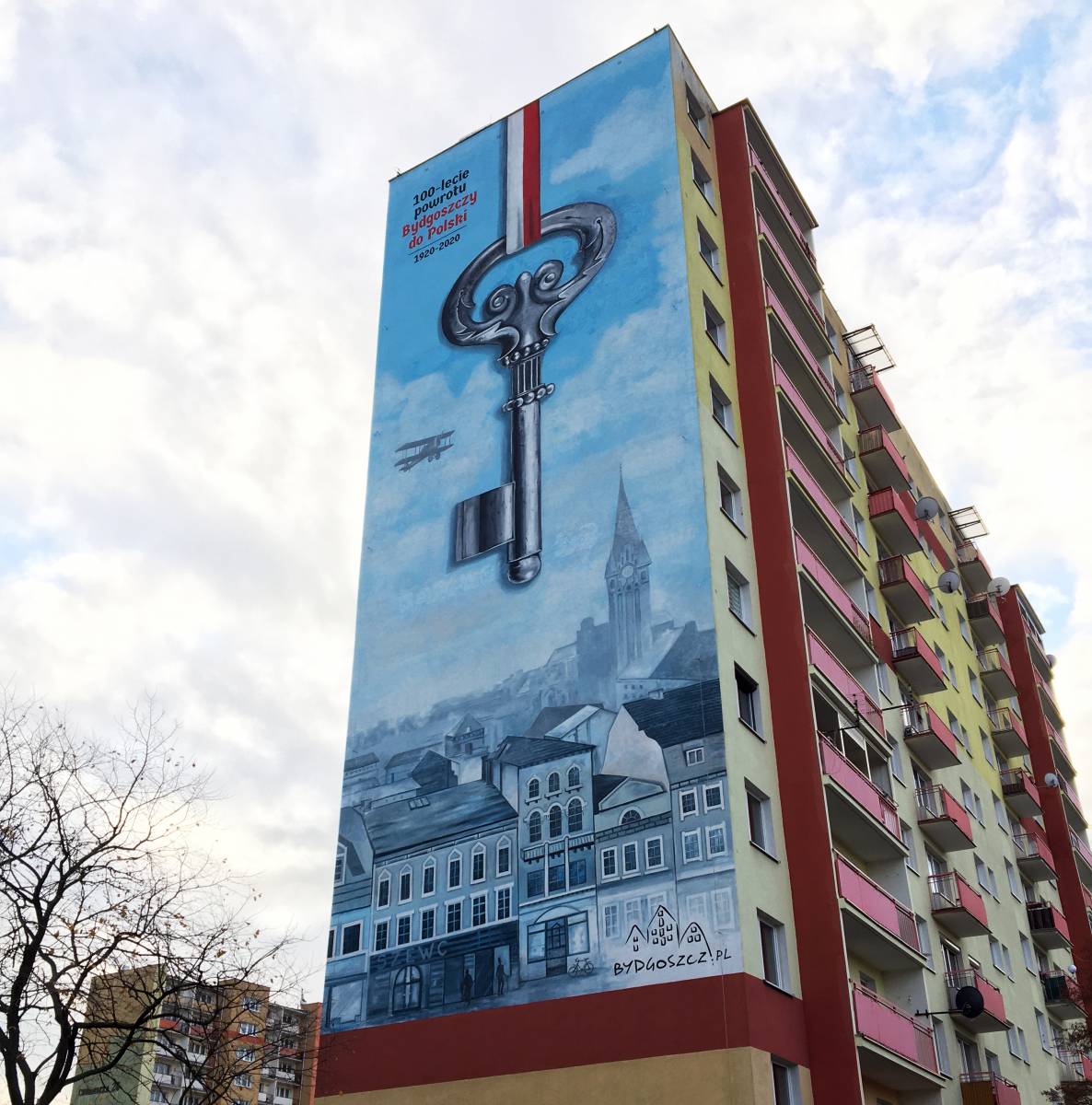 The mural shows a key hung on a white and red ribbon, and below it a panorama of Bydgoszcz is shown.

It refers to a historical event, namely the transfer of a symbolic key to the city by the German mayor (city of Bromberg) Hugo Wolf to the Polish lawyer Jan Maciaszek (who became the first commissioner president of Polish Bydgoszcz). The image of the key on the mural is - the original preserved key, which is kept in the District Museum of Leon Wyczółkowski in Bydgoszcz.

It was created on the occasion of the hundredth anniversary of Bydgoszcz's return to Poland; as part of the "Bydgoszcz is Poland 1920" events, the City of Bydgoszcz announced a competition for a mural design related to the round anniversary. The work of the architect Dawid Celek won.

The mural is located on the wall of the building at ul. Karpacka 39 (on the Wolności Hill).