Mural of angels (with staves/staffs and notes) 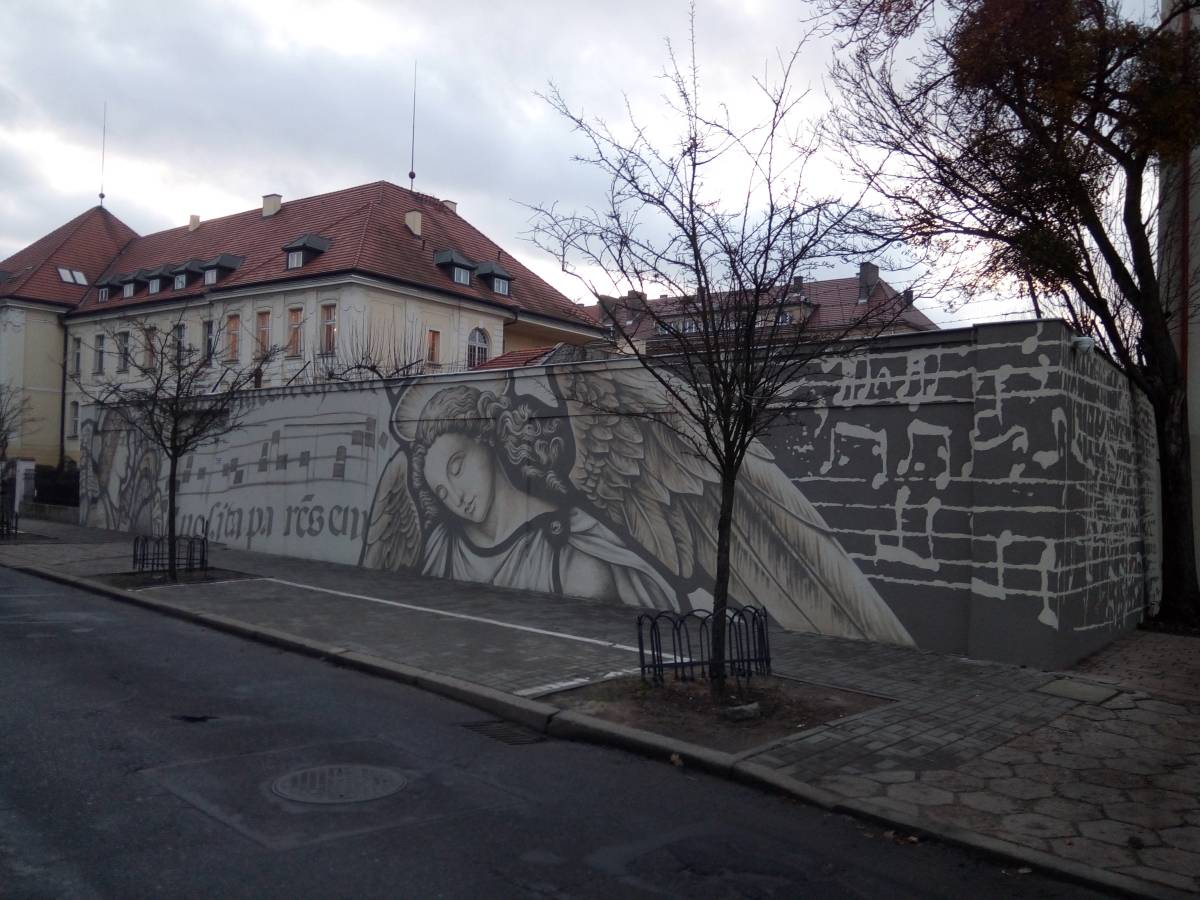 The painting is on the wall at street 20th January, opposite the Jan Kochanowski Park, next to the Academy of Music. Depicts angels, staves and notes. Angels are located on two different sides of the picture. The wings of one of them pass to the other wall. The idea of ​​a mural - associations with the music district of Bydgoszcz. There is the Pomeranian Philharmonic and the Academy of Music. Nuns also live around the corner.

Author - Julian Nowicki, known from other Bydgoszcz murals (Marian Rejewskiego, at Gdańska St. and Józefa Święcickiego on a historic tenement house at the intersection of Gdańska and Cieszkowskiego streets).