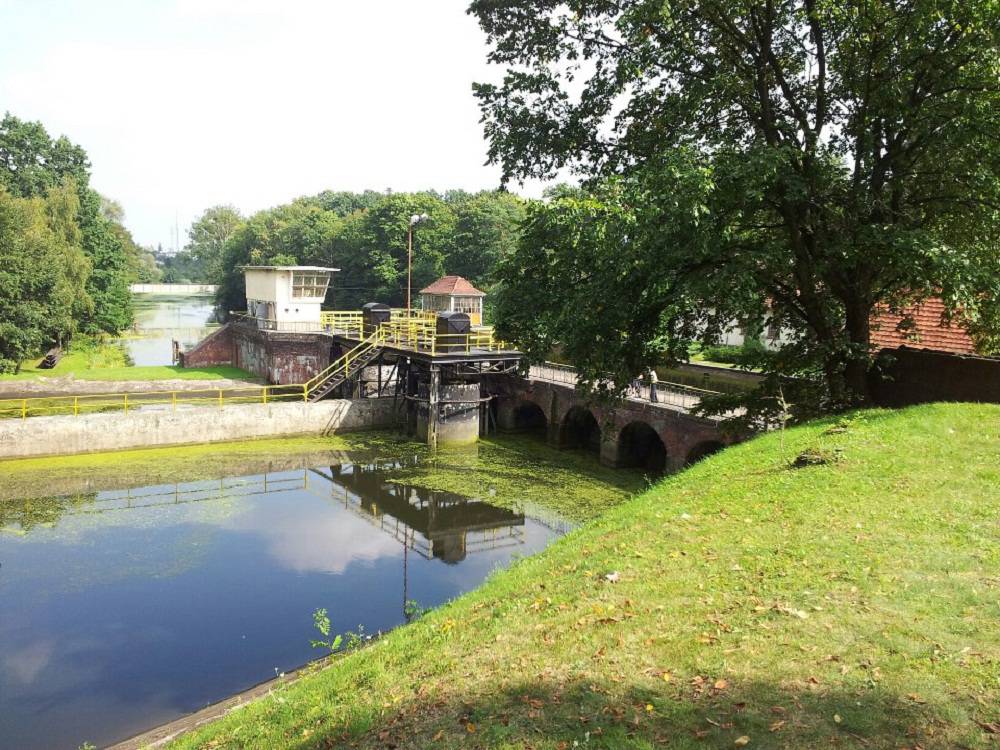 The Czyzkówko and Okole Locks were built at the time of the Bydgoszcz Canal renovation, located on a new 2-km-long excavation from 1908–1915, replacing the former 5 sluices on the Old Bydgoszcz Canal. Their task was to eliminate the over 15 m di erence of levels. The Czyzkówko Lock raises us by 7.52 m within nearly 30 minutes, while the Okole Lock by 7.58 m within about 20 minutes. Both locks are made of concrete with brick facing. Their characteristic feature is their unique saving reservoirs which reduce the amount of water needed for the sluice to operate by a multiple re-usage of the same water. This is a huge advantage for the operations of the Bydgoszcz Canal, which is permanently short of water. The steel valve and the bottom auxiliary sluice gates are electrically operated yet, in case of failure, it can be done manually. During World War II the new canal navigation was discontinued due to the destruction of the Czyzkówko Lock. In order not to cancel ship tra c, the Old Canal was reopened for the duration of the new canal reconstruction. In the 1960s, the Okole Lock was the lming site for the massively popular TV series Czterej pancerni i pies [Four Tank-Men and a Dog]. The most spectacular was the scene of blowing up Sluice No. 3 by one of the heroes of the lm with a Panzerfaust.