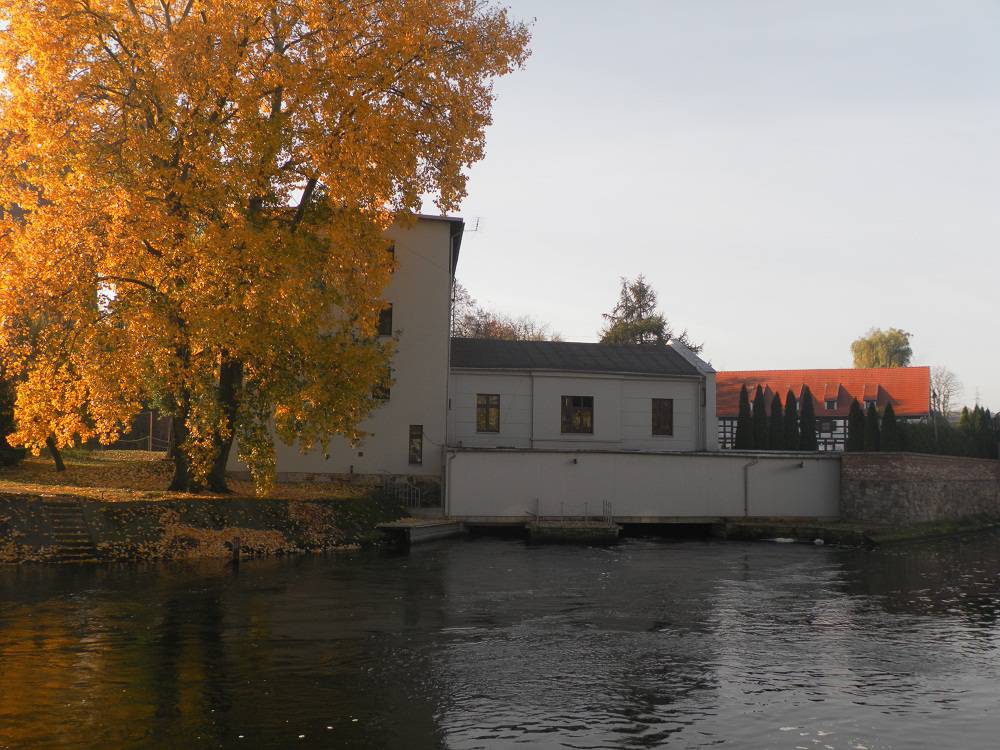 The power plant located on the Brda Młynska canal at Mennica 2A Street in the area of ​​the Old Town of Bydgoszcz on Mill Island. The Small Water Power Plant was established in December 1998 as a result of modernization of the existing water power plant built in the First World War. The gym's equipment was composed of two "Francis" water turbines arranged vertically with a gear tooth made of wooden teeth. One turbine was used to drive mill-and-mill equipment, the other to drive a generator supplying its own mill equipment. In 1970 Hydroprojekt developed an expertise of technical condition and as a solution proposed the liquidation of the power plant by concreting and backfilling the canal.